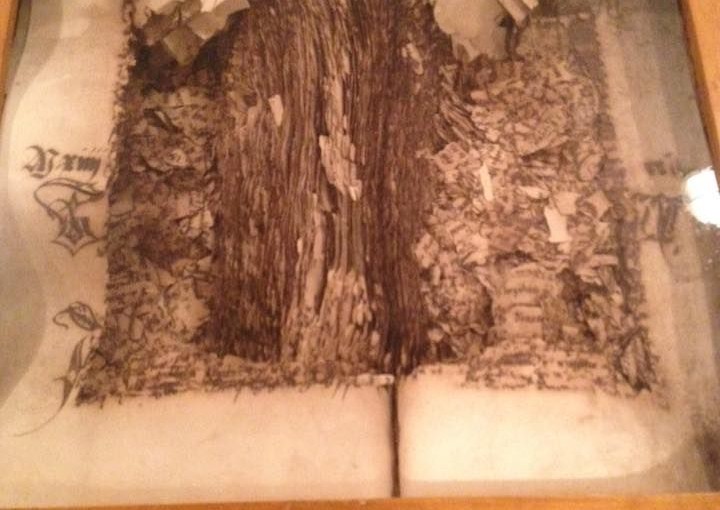 The second day of the CENDARI summer school resumed with Zdenek Uhlir, the project manager of Manuscriptorium, a free online digital library of historical resources from a number of important European institutions. The principal advantage of Manuscriptorium is that it allows researchers free access to a diverse range of written cultural heritage, making it an invaluable resource for manuscript studies.

Zdenek introduced us to the third version of Manuscriptorium and explained that the project provides both structural and descriptive metadata of its contents. The structural metadata referred to the physical descriptions of the documents on Manuscriptorium, while the descriptive metadata provides important information for the identification of the documents such as title, author, as well as relevant keywords that are important for the discovery of the materials.

The most important function of Manuscriptorium is its ability to allow the user to search through and view the project’s immense collection of virtual documents. The search function of the site has a user-friendly interface which enables researchers to search for documents via titles, shelf-marks, keywords, bindings as well as library institutions. As we engaged with the search capabilities of Manuscriptorium Zdenek informed us that while the results that were being returned to us were correct from the point of view of the metadata, they may not be in terms of the data or in terms of the books and manuscripts. This should be taken into account when searching the digital library, but it is also an aspect of the site that is continuously being improved for the the present and future versions of Manuscriptorium.

Another useful tool that is made available by Manuscriptorium to registered users is the Personal Library. The Manuscriptorium Personal Library allows users to manage the site’s contents by saving their favourite search queries and documents and creating their own private collections. This feature is particularly useful for researchers like myself, who may be considering manuscript witnesses of a particular text as the Personal Library  allows registered users to aggregate images from different sources into one personal virtual document.

The second day ended with a tour of the National Archives of the Czech Republic where we were fortunate enough to be granted permission to visit the Special Collections department which housed the oldest historical documents and a tour of the National Archives impressive map collection. As a self-confessed bibliophile I was intrigued by the Special Collections visit which introduced me to the Czech custom of organising books by painting the spines of books some examples of which are pictured below.

This custom of painting the book spines is certainly appealing, although I was surprised to learn that the exterior rarely refers to the content of the book itself. This system was solely intended as a means to easily catalogue the books together, however we were shown one exception, a book relating a particular period of Jewish history in the Czech Republic which had a depiction of a Jew depicted on its spine. The painted spines were not the only items of interest in Special Collections there was one book in particular that succeeded in catching everyone’s immediate attention.

This book didn’t fail in arousing everyone’s curiousity. According to the archivists, the reason for this book’s strange deterioration resulted from the ink in which the book was written. Apparently the acidic qualities of the ink slowly broke down the pages of the book creating this curious almost hollowed out appearance. We have been reassured that extensive conservation procedures have been taken with the remaining books to prevent future similar calamities.

After our tour of the Special Collections we were ushered into the facilities which house the map collection in the National Archives. With the aid of a translator the archivist responsible for these maps guided us from the earliest recorded maps through the early modern and present day maps, duly noting the increasing accuracy of the cartographers and indeed cartography as a discipline. My favourite map can be seen below, which depicts the city of Prague burning through the addition of red flames.

Our day concluded with a walking tour of the site where Prague Castle, St Vitellus’ Cathedral and St George’s Basilica are situated. The walking tour was lead by one of the CENDARI Summer School participants, Katerina Hornickova, who generously offered to share her knowledge of these historic sites with us.

Sincere thanks to Katerina for sharing her knowledge of Prague on our walking tour yesterday #CendariSummer15. pic.twitter.com/FcwgIebuSU